By melissa
Filed Under: All Me, Blog, My Pics

The Rainbow Was Just There

Did you really pull over and get out of your car to take a picture of the rainbow? 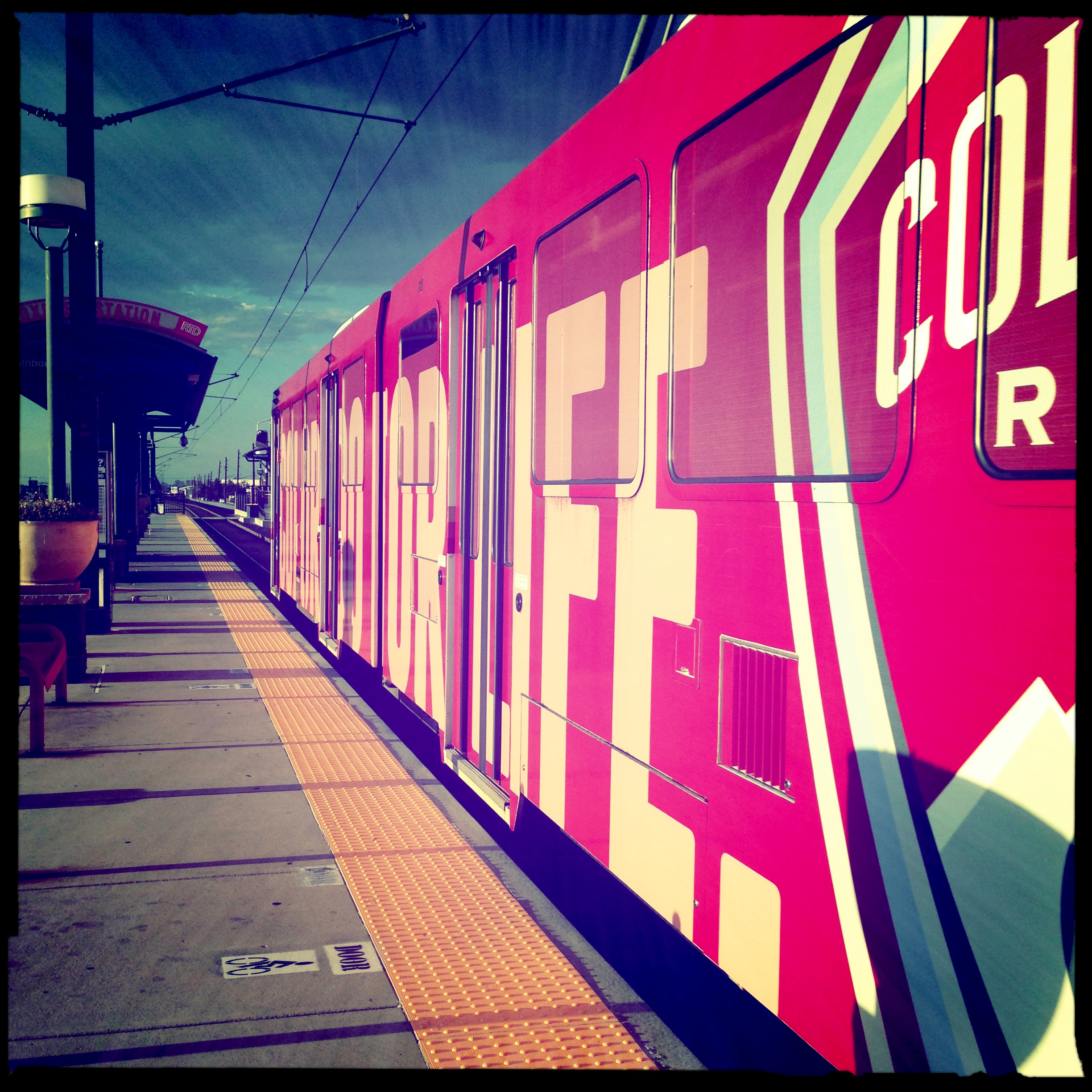 In Englewood there is a major railroad line that runs down Sante Fe. I drive by it every week and always want to find a spot to stop, jump the tracks, and take pictures of the train. The other day two trains were stopped on the other side of the light rail tracks, right at the Oxford light rail station. The light was great and the trains were there–it was a perfect opportunity. So I pulled over and went up to the light rail platform, ready to hop the tracks. Unfortunately, the engineer was in the train and I chickened out. Instead I took some snaps from afar, got some nice shots of the light rail, and decided to call it a day. When something caught my eye.

It was sprinkling just a bit, and there was an amazing rainbow, so of course I took some snaps of it, too. As I was coming down the stairs to go back to my car I commented on the rainbow to the woman with the stroller I had seen coming off the light rail. We chatted about it for a minute, and she asked me “Did you really pull over and get out of your car to take a picture of the rainbow?” To which I replied “No. I pulled over and got out of my car to take a picture of the trains. The rainbow was just there.”

Seemed reasonable to me. 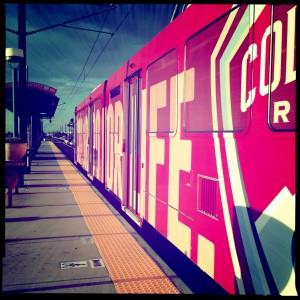 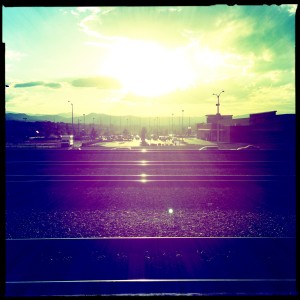 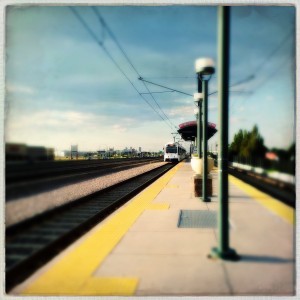 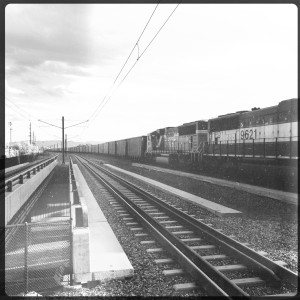