By melissa
Filed Under: All Me, Blog, My Music, Uncategorized

Album 5, The Dream of the Blue Turtles

Something about the song lyrics was familiar, but I knew I’d never heard that song before.

Happy Juneteenth!
Let’s not pat ourselves on the back just yet 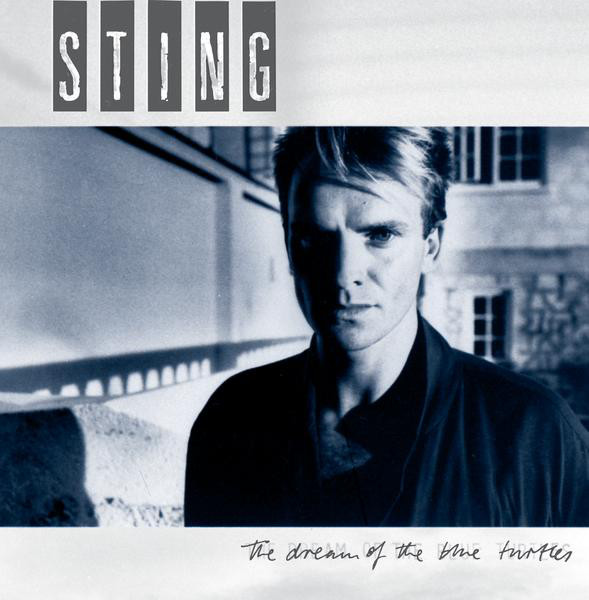 We were staying overnight at a friend of my mom’s. It was long past time for me to be asleep, but I couldn’t resist the murmur of adult conversation in the background, the words of which blended in with the turned-up-just-enough music that was playing in the background.

I was content to lie awake and listen sleepily, letting the conversation/music mix wash over me. Since most of what was being played was easy guitar-vocal music, like James Taylor and Gordon Lightfoot, it was easy to simply drift back and forth without paying too much attention to any one one particular thing. That was, until I heard the opening lines of a song I’d never heard before.

I see faces as they pass beneath the pale lamplight

The bright lights, the street lights, and the moon and all

Something about those lyrics was familiar, but I knew I’d never heard that song before. Now I was awake and listening in earnest, trying to separate the conversation from the song. Just barely, I was able to make out words from the next verse.

And that’s when it hit me. He was singing about Lestat! A character from one of my all time favorite books, “Interview with a Vampire.” I was too excited to worry about the trouble I’d be in for not yet being asleep—I had to know who was singing that song. I was pretty shocked to discover it was Sting. I was disappointed in myself that I hadn’t made the ‘voice’ connection to the lead singer of The Police.

That following week, as soon as I could get a ride to the record store, I bought a cassette of “The Dream of the Blue Turtles.” I had heard two of the other singles, “Love is the Seventh Wave” and “If You Love Somebody” (shit, you couldn’t get away from this song on MTV), but it was a happenstance encounter with “Moon Over Bourbon Street” that made me really fall in love with Sting and his departure from The Police ‘sound’.

This album introduced me to yet another genre I wouldn’t begin to really understand until my adulthood—jazz. While it’s really jazz ‘lite’, this album is solidly played by jazz greats like Branford Marsalis and Omar Hakim.

I leave you with one of my faves from an album of faves, “Consider me Gone,” which was originally recorded as a demo for The Police album “Zenyatta Mondatta,” but wasn’t Police-y enough.

Tags: albums, music, Sting, The Dream of the Blue Turtles