I was introduced to “The Swing” and “Dead Man’s Party” at the same time. While both were awesome and have stayed with me, I found Dead Man’s Party to be fucking amazing. 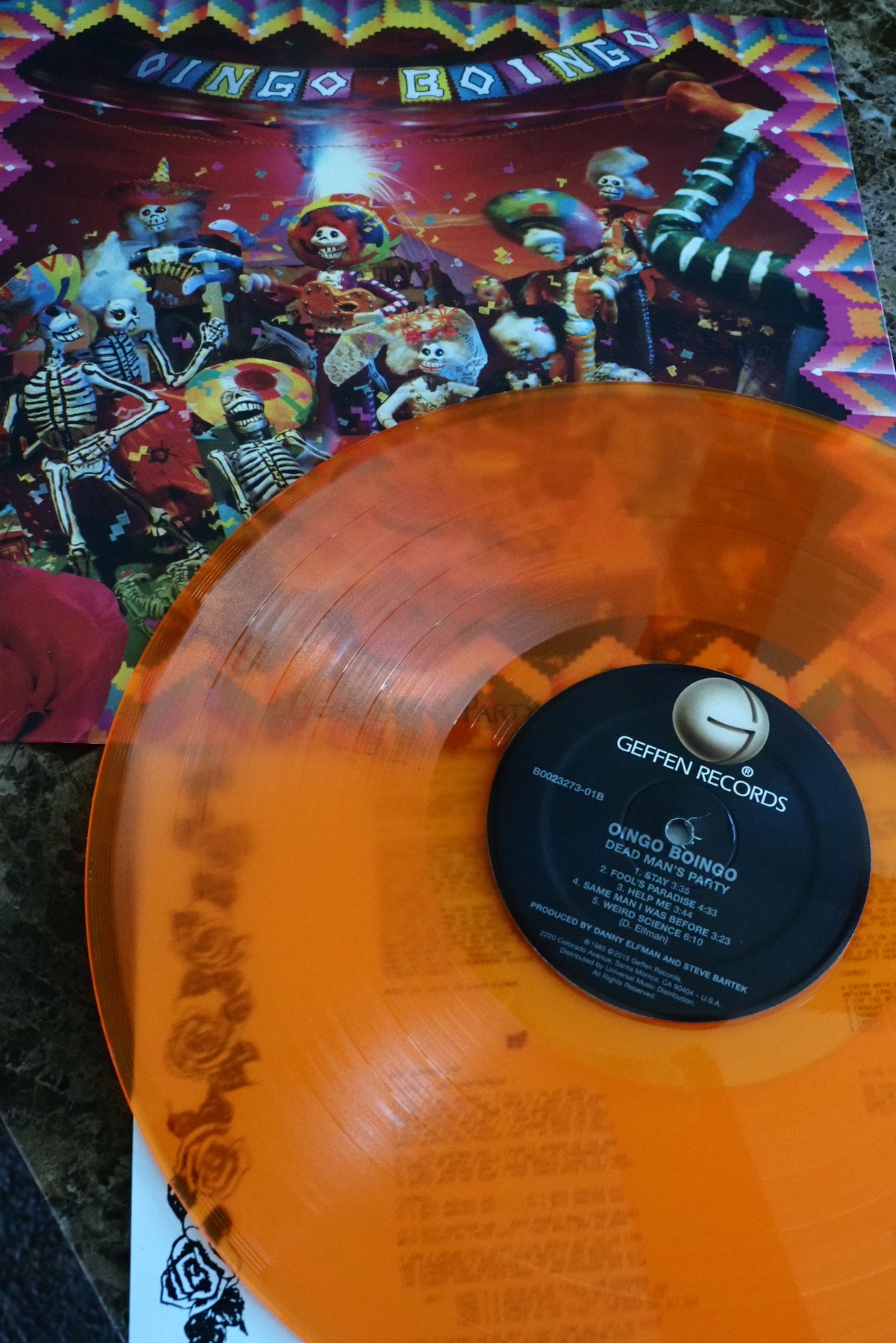 I owe this one to someone from way back in my early teen years, when my musical options were a reflection of my mother, not what I actually preferred. This album harkens back to my first job at Valente’s, and Scott Valente. As mentioned in my Valente’s post:

Scott Valente worked the take-out window…he was several years older, and always patient. Even to annoying young teenage girls. Scott introduced me to Oingo Boingo and INXS, and I can never thank him enough.

I was 14 and would hang out in the kitchen and Scott’s take-out window when things were slow. (I can still smell the garlic from the pasta sauce, and feel the heat from the pizza oven.) Scott was always great to talk to, and one day we were talking about music—he knew so much about music I’d never heard of.

I don’t know why, but one day Scott came in and handed me two cassette tapes: INXS’s The Swing, and Oingo Boingo’s Dead Man’s Party. While both were awesome and have stayed with me, I found Dead Man’s Party to be fucking amazing. And while Weird Science is everyone’s sweetheart, it’s actually my least favorite song on the album.

It’s really hard to pick a favorite from this album, but if pressed, I’d say No One Lives Forever. Dark, yet joyful. It’s a clever ditty that I <3.