The Chris Isaak-esque vocals and smooth and tropical instrumentals meld together to evoke images and memories of places I’d never been, but surely dreamed about. 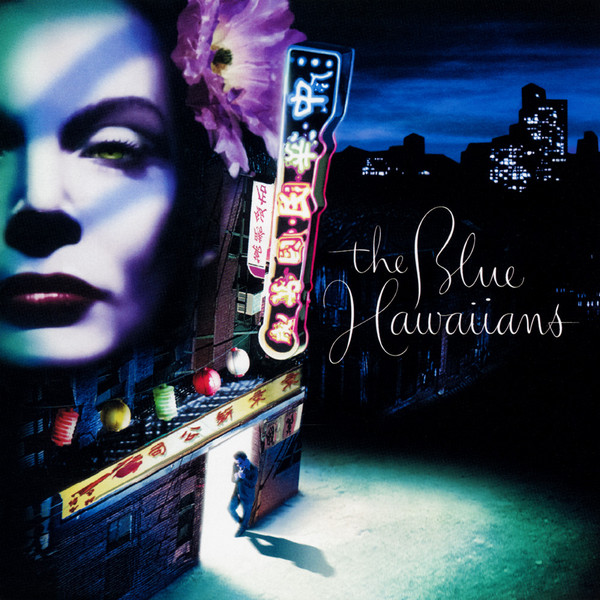 This is one that I’ll bet most of you haven’t heard of—and if you have , it’s probably because of Spongebob.

The Blue Hawaiians are a surf rock group from L.A, formed in 1994. I came across them in 1998 while downloading music from a little site called Napster, where I was looking for music to download and listen to on my computer while I worked.

Napster was a treasure trove of hard-to-find music, as well as regional music you’d never hear of otherwise. I have no idea what I was originally surfing for (pun absolutely intended) but I was intrigued by the name, so I downloaded the two songs that were listed, “Highlife” and “Flesh and Soul.” And I was hooked.

Eve said to God “why don’t you leave me alone,

I’ve been east of Eden and west of Rome.

Strange things can happen and so often they will.

The beauty of temptation’s only part of the thrill.”

Ahhhh, the Chris Isaak-esque vocals and smooth and tropical instrumentals meld together to evoke images and memories of places I’d never been, but surely dreamed about. While The Blue Hawaiians hail from L.A., their music is channeled directly from the Hawaiian Islands.

Savage Night introduced me to a completely new genre of music. They only made five albums, but you don’t have to be prolific to be amazing. Their music is in consistent rotation in my music and I give them full credit for helping me get to the top of the Makapu?u Point Lighthouse Trail this past March (30 minutes to complete, my ass!).

It’s so hard to pick just one track. There aren’t any videos except a few live, but while great, are mostly instrumentals of other people’s surf tunes. here’s one that’s just audio. I hope you enjoy.