Where did March go?

Whoever said March comes in like a lion, but goes out like a lamb was NOT referring to the Johnson household. March crept up on us like Tom stalking Jerry, and ended up like Tom chasing Jerry. It was busy.

It’s the remix/remake showdown!
Open yer wallets and give me some coin! 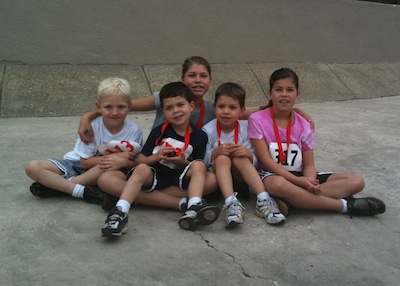 [dropcap3]I[/dropcap3] can’t believe it’s April Fool’s day. Seriously, where in the hell did March go? Life does seem to move faster the older I get. Meh. We definitely had a busy March between cruising, baseball, Rock Band, and life in general, and everything in between. Here’s a little rundown of our month.

March started on the water, with Chris and I still out on our cruise which you should have read all about by now. The first few weeks of the month were pretty normal. Then came the week of 3/21. Aunt Carol and Uncle Dick came to FL to visit. We didn’t get to see nearly as much of them as we would have liked but they did see Zachary and all the cousins participate in the Mirriam Kitrell 5K run for FLEC. Bless his heart, he ran the entire thing (not the whole 5K, the first graders run half that).

Carol and Dick even went to one of the Goose’s baseball games, and then treated us to a fun day at Joker Marchant stadium, home of the Detroit Tigers spring training. It was a glorious day and everyone had a lot of fun. That was also the weekend our refrigerator decided to go kaputz. I’d be lying if I said I was sad about that, because I had a sweet little number delivered the Saturday we were at the baseball game. It’s awesome with a capital awesome, and only cost us $560 of our own cash.


The rest of March was spent working, cleaning up crap (literally–Jonah just can’t seem to get his shit together, so to speak), going to baseball practice and games, and in general living the dream.

It doesn’t look to be letting up, either. April is already shaping up to be as busy as March. Oy Vey!

View the insanity below.