It’s the very first remix/remake showdown. I have so many remakes and cover songs in my music library I decided it was time to put them head-to-head to see which one comes out the winner. This first installment has The Carpenter’s squaring off against Sonic Youth. Know what the song is?

Just Cruisin’
Where did March go? 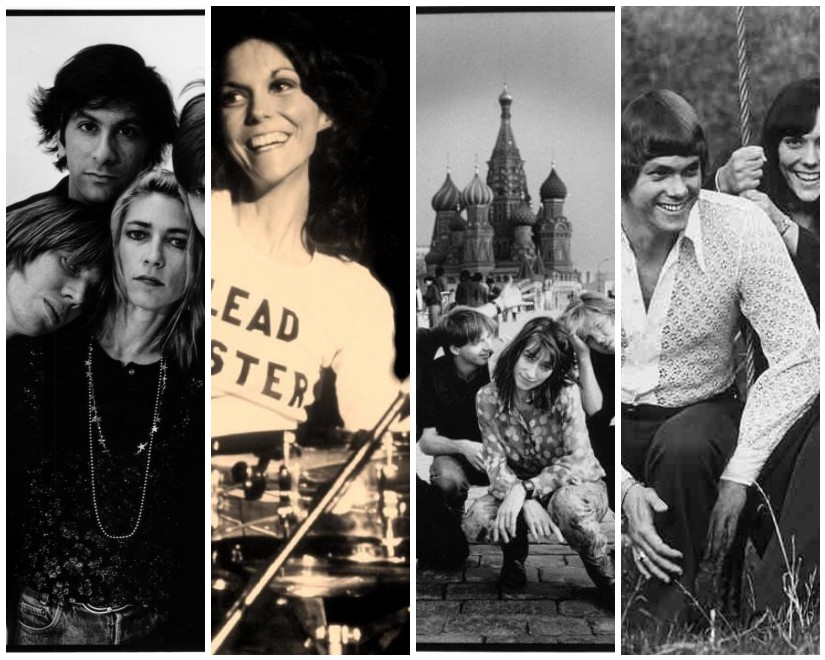 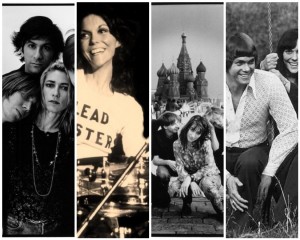 [blockquote align=”right”]Imitation is at least 50 percent of the creative process.[/blockquote]

I’m often surprised by how much media gets remade. Movies, music, television—at some point everything old is new again. This isn’t always a bad thing, except in the case of Tupperware in those lovely shades of avocado green, washed-out tangerine orange, and baby diarrhea yellow. I don’t want those to be new again.

But I digress. One of the things I’ve noticed over the past year is the number or duplicate songs that come up when I do a search for something in my iTunes. I’m not talking duplicates in the sense of the same song by the same artist twice; I’m talking about the same song remade. I have a lot of these in my music library and every time I hear a remake it’s natural that I compare it to the original—or the one that is the most well known. Because let’s face it, there are a lot of songs out there that were remade and the original is not the one you know. Respect, by Aretha Franklin, is a perfect example. Otis Redding actually performed it first making Franklin’s female anthem the remake. 🙂

That brings us back to the point: the remix/remake. I’ve decided to make note of my duplicate songs when I think of them or see them in iTunes, for the sole purpose of sharing them with you. Along with my thoughts on which one is superior. What would be the point if there wasn’t a debate, eh?

So let’s get this party started. This version of remix/remake features the song Superstar. The first version that I’m aware of is by The Carpenters (1971). I’m a sappy gal, and I actually love The Carpenters. So does my mother which explains why I’m aware of this song in the first place. I have always liked this song and would consider it one of my favorite Carpenters’s singles. I’m actually listening to it right now for this post and have goosebumps. Karen Carpenter. Wow. Listen for yourself.

Then along comes Juno. One of my all-time favorite movies. While getting really creeped out by Jason Bateman, I couldn’t help but be pulled into the scene where he shared with Juno a remake of Superstar done by Sonic Youth. I was totally taken aback by the intensity and the grittiness of the Sonic Youth version. This whispery, sing-song version doesn’t compare to The Carpenter’s soft and flowing version. The Sonic Youth version is naughty, creepy, and feral. And I love it. While Karen is singing about Lancelot, her night in shining armor, Sonic Youth is singing about his one night stand who made him feel dirty and took all his money. What do you think?

I can’t really pick a fave between the two of these. They are both rated 5 stars in my iTunes and I love both versions for different reasons. They are, naturally, in very different playlists.

So what do you think? Which one rocks you and why?

5 Comments on “It’s the remix/remake showdown!”