John Hughes. He spoke to all of us 30-somethings.

John Hughes died today. Marking the passing of a man whose movies splayed my teen years out there for everyone to see. Was I the princess? Was I the athlete? Was I the basket case? Does it matter? Hughes made it okay to be whoever you were. No matter what. In the immortal words of Ferris Bueller, “Life moves pretty fast. You don’t stop and look around once in a while, you could miss it. ” 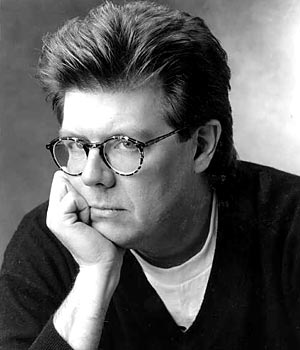 Chris has got to stop traveling, that’s all there is to it. The last time he got on a plane Michael Jackson died. The next time he got on a plane John Hughes died. Does Chris have some evil plot to eliminate all of the great icons of the 80s? I must say that I am at a loss for words (zip it, mom!). The passing of John Hughes hits a little closer to home. Ever since I was a teenager I’ve been able to relate to the geeky, messed-up, imperfect-yet-awesome heroines of his films. My affinity for Hughes films is apparent in more than one post:

While he will be missed, like all great “documenters of life”, his movies will live on and his characters are unforgettable. Here are some reasons why. 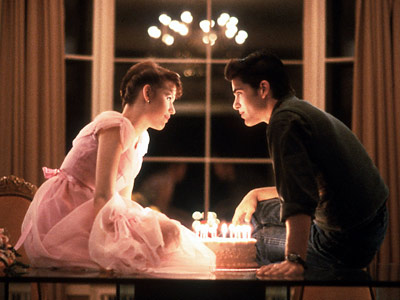 This is by far my favorite Hughes film. This film gave us a love for geeks everywhere and had all girls under the age of 18 proclaiming “I love Jake Ryan!”. Here are some of the more memorable quotes: 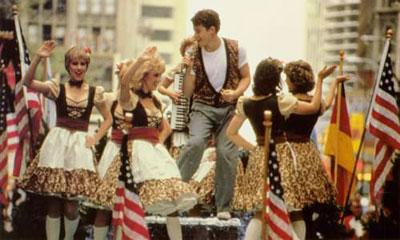 Another ALL-TIME classic! What teenager doesn’t fantasize about skipping school with their best friend, a hot babe, and an even hotter car? 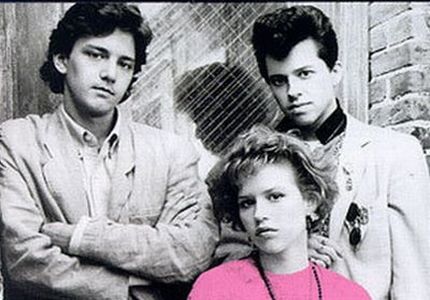 What more do low-middle class teenage girls want, than to think that someone named Blaine was going to fall in love with them and take them away from it all. This movie actually pissed me off, because in the book, she goes with Ducky. ((And Ducky is who she should have gone with.)) 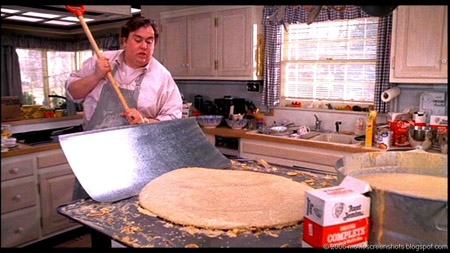 John Hughes did more than just teen flicks. One of the all-time best comedies is Uncle Buck. This is truly John Candy at his best. And McCauley Culken at his best too, come to think of it.

I could go on all night. Consider the movies I haven’t quoted. Can you name these movies?

This one is probably on most 30-something’s top 10. I liked his others better but this is definitely a classic.

If you dont’ know this movie by one quote, well, you are NOT a fan.

Of course, many of these movies would not be complete with a soundtrack to go with them. I’ve compiled a few that should help you with your stroll down memory lane.

And if that weren’t enough, did you know that John Hughes probably WROTE some of your other favorite films? Yes indeed! The films above are just the gems he directed! Here is a list of some classics penned by the dearly departed Hughes (in chronological order, to be fair):

Mr. Hughes, you spoke to me. You spoke to my generation. You made us laugh at ourselves and you made us cry because we were ourselves. You made it okay to be a brain, an athlete, a basket case, a princess or a criminal. Or a geek hoisting borrowed underwear. Or a fat man making the biggest pancake ever. You saw the best in us, even at our worst. And you will be missed.

I’ve left out a TON of quotes, on purpose. Please comment with your fave. 😀

6 Comments on “John Hughes. He spoke to all of us 30-somethings.”