Expand your vocabulary! There are some great words in the English language that you’ll never know. Here are a few of them.

My prom dress
The simple things in life 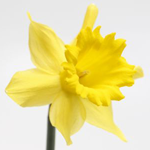 Okay, I’m totally opening myself up for ridicule and scorn here, but I was cleaning out my email and found a poem that I wrote a while back. For some reason, posting it sounded like a good idea.

To give a little background, some time ago a few coworkers and I had a little group called “The Word of the Day” where we would have to take the word provided daily by dictionary.com and use it in a sentence. You can only imagine the sentences and diatribes a bunch of caffeine-soaked, sleep-deprived, über-geeks can come up with! Being a romantic and literary über-geek, I crafted a poem using not one, but two words of the day. So, without further ado, I give you…

The sun shines o’er the hues of spring
the colors swell and grow.
The bumblebee, he takes his flight
through the early morning glow.

How diffident the daffodil
how arrogant the rose.
The bumblebee, he cares not which
to either one he goes.

The meadow fills with hums and sways
the blooms, they lay in wait.
The bumblebee will come and take
their treasur’d opiate.

So shy is spring, she’s like a child
who wants to romp and play.
She’s wondering about the world
in which she makes her way.

Can you pick the two words of the day?

This post was generously brought to you by weight loss products. I’m determined to lose 35 more pounds before my 10th wedding anniversary in June. Viva Las Vegas!

6 Comments on “Diffident is spring”