By melissa
Filed Under: Uncategorized

“Every child comes with the message that God is not yet discouraged of man.” 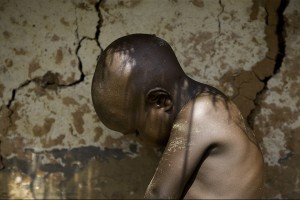 With TV and the internet to keep us connected, it seems that we are more disconnected than ever. Wars are waged that we don’t know about. Crimes are committed and inhumanities are performed every day. We stumble happily through our days, blissly ignorant. We are sheltered from what goes on in the rest of the world, with the exception of the occasional, glossy “American Idol: Idol Gives Back” special. Unfortunately, once in awhile, the rest of the gritty world sneaks in, one way or another.

This is what happened to me tonight while I was surfing. A graphic-web designer blog I was checking out had a post “One of the Most Heartbreaking & Harrowing War Shots You’ll See [Be Warned Very Upsetting].” On this post was a picture. A very heartbreaking picture, and a link to Heather McClintock’s web site. Heather is an award-winning photographer who has been documenting the life of the Acholi people in Northern Uganda. For 20 years they have been engulfed in civil war–the casualties of which are usually women and children. Like many wars, this one was started “in the name of God” and for Christianity. I’m always surprised when I learn things like that. I don’t recall the sixth commandment reading “Thou shalt Not kill, unless it’s in My name.” That’s just what the Lord’s Resistance Army is doing, however. Killing for Christianity.

The LRA is accused of widespread human rights violations, including murder, abduction, mutilation, sexual enslavement of women and children, and forcing children to participate in hostilities.


The UN’s head of humanitarian affairs, Jan Egeland, has described the situation [20 years of war] as the most neglected humanitarian crisis in the world.


The Juba Peace Talks developed with hopeful constancy, and concluded in March of 2008 with the Final Peace Agreement (FPA) ready for the signature of Joseph Kony and President Museveni. However, in April of 2008, Kony twice failed to appear and sign the FPA and officially ended the Juba talks mediated by the Southern Sudanese government.

I am saddened to see these images and to learn of this war. And I am fortunate to be as blessed as I am. First I’m going to buy a red Emmy bracelet, then I’m going to go in and watch my boys sleep for a while. 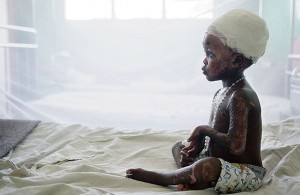 Every child comes with the message that God is not yet discouraged of man.

3 Comments on “Killing for Christianity”