Valente’s, the Restaurant That Started It All

Do It Now
Getting a little funky with Soul Vaccination 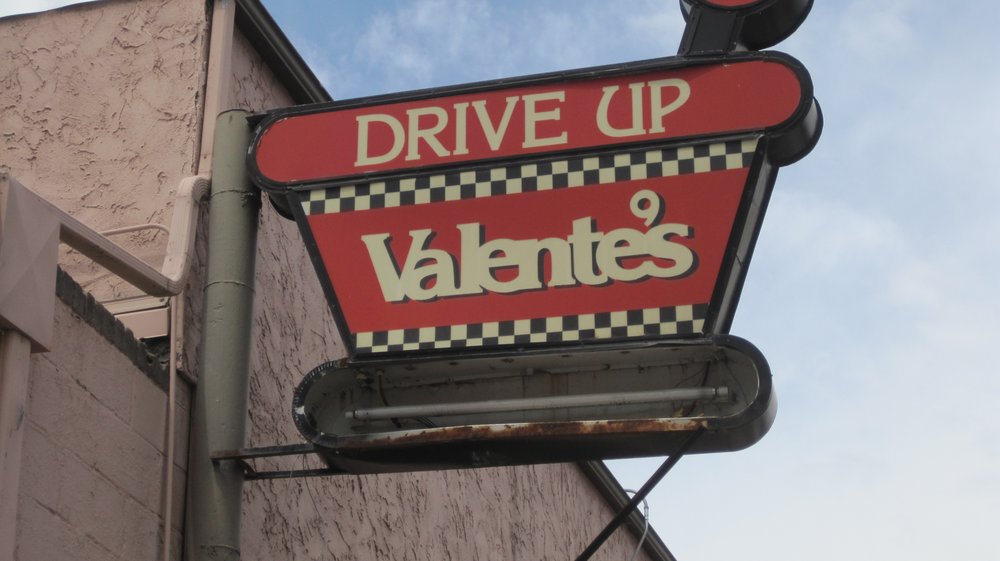 I read today that Ray Valente Senior (or “Senior” as everyone called him), died this week. This news got me strolling down memory lane, as his restaurant, Valente’s was my first job, at 14. The restaurant, and a lot of the people who I worked with, made positive lifelong impressions on me and influenced the course of my life over the years to come. These are some of my fond memories, in more of a lucid-stream-of-consciousness telling, than any chronological–or logical–order.

When I was a kid, my mom and her best friend worked at Valente’s for years. It’s where my mom met my brother’s father, a local musician. Because of my mother’s ‘fondness’ for musicians, it’s where I learned to truly appreciate live music and the talented Denver music scene. Dave Kimball, Ronnie Berg, Jolly Demus, Lannie Garrett–I’m thinking of you!

At 14, Valente’s was my first job. I was paid in cash (Senior was willing to try me out) until I was 15 and legal. It’s how I saved for my first cheerleading uniform, as an 8th grader at Wheat Ridge Junior High. My mom’s best friend bought my uniform, and I gave her my earnings every week until I paid her back.

When it was slow on the weekends I would have to dust and clean every celebrity picture in both dining rooms, as well as the upstairs lounge. If you’ve been to Valente’s you know just how many pictures that was! This is where I learned that:

Senior was tough–but fair. Junior was a little less tough, but just as fair. I never worked for Marc, across the street. But I spent many an hour at Marc’s, hanging out with adults who did. Marc’s is where I used to daydream about fancy, romantic restaurants. Ah, the 80s!

Valente’s was the best Italian restaurant, ever. In 30+ years I’ve never found a better plate of homemade spaghetti. And the ravioli! And the homemade cannoli! When Madeline (the hostess with the mostest) couldn’t find me, she would simply look in the cooler–inevitably I’d be sneaking in there, spooning out and eating cannoli mix.

Speaking of Madeline, she was the coolest old cat lady ever. With her horn-rimmed glasses, her sharp tongue, and her quick wit, she taught me that age is just a number. She went to Vegas every year and loved Elvis, her cats, and her son (in that order, I think). Sometimes on weekend days, when it was just us and two waitstaff, she’d turn off the cheesy Italian music and turn on the King. And at the end of each of my weekend shifts, she always gave me three Andes mints, which, to this day are still my favorite.

Sometimes when it was slow, Madeline and I would order an old-fashioned pizza, then ‘call back’ a little later and cancel. Once it was in the oven, it had to be finished. We could order a regular pizza for our shift meal, but not the old-fashioned. This was our way of treating ourself to that delicious pie once in awhile. (Did I mention how cool Madeline was?)

Valente’s is also where my musical life was changed forever. Scott Valente worked the take-out window (he was a great nephew, or grandson, or great something, to Senior). He was several years older, and always patient. Even to annoying young teenage girls. Scott introduced me to Oingo Boingo and INXS, and I can never thank him enough. Sure, Madonna was my idol, but to learn there was more out there than sugary pop music? Priceless!

And don’t forget about the football! It wasn’t unusual to have Broncos players stopping in for a meal or a drink in the upstairs lounge. For my birthday one year, I was even treated to a Valente’s dinner with Rich Karlis, who I had terrible crush on. I still think he’s the cutest Bronco ever.

Valente’s was my life in the mid-80s. I knew Junior the best of the ‘adult’ Valente’s, but I did know, and I do remember, Senior. Without his restaurant, I’d probably be listening to Drake (OMG Hotline Bling is the worst song ever), eating what I thought was authentic Italian food at Macaroni Grill, and wouldn’t understand the value of hard work, generosity, and a good attitude.

I often have dreams about working at Valente’s. I remember each dining room, the old framed newspapers (where I learned the story of John Dillinger), the celebrity headshots, the server’s area that took up the back wall, and the in-and-out doors. I remember the placement of every table, and every booth. I remember the vintage, copper espresso machine in the upstairs lounge, and I remember hanging out by the service bar, waiting for Nancy to get off so she could take me home. I remember it all.

And for all of this, I thank you Senior. I hope the El Camino is getting even more miles now. Rest in Peace.

Tags: facts about me, Me, my misspent youth

1 Comments on “Valente’s, the Restaurant That Started It All”