Iconic albums of my childhood: Summer Side of Life

I am the coffee
Do It Now 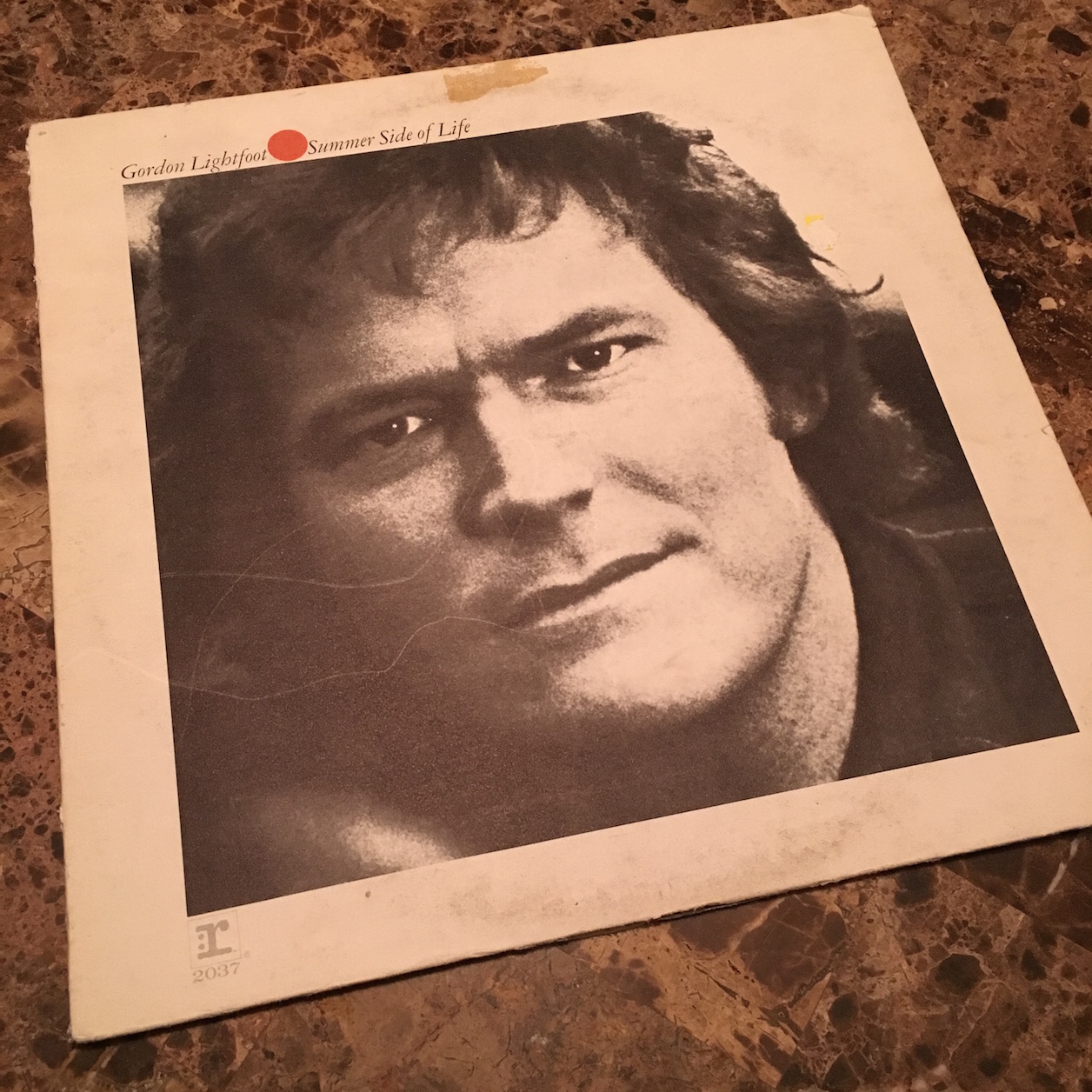 Remember the Seinfeld “sponge-worthy” episode? I’m into “vinyl-worthy.” I’m having a decidedly wonderful time scouting out the few local places that still sell vinyl, looking for albums based on a completely random and emotional criteria.

This means that I’m slowly buying every LP offered from some my most special artists, including (in correct alphabetical order):

And that’s just off the top of my head.

What I’ve discovered on my LP hunt are the wonderful gems you can only hear if you listen to the record. Revisiting Carol King’s “Tapestry” the other day, I was re-introduced to songs I hadn’t heard since I was probably 5 (the album actually came out the year I was born–like many great things).

But I digress. This post was prompted by an album that I just purchased for the unbelievable price of .99–which could make it possibly the best bargain I’ve every had, because Gordon Lightfoot’s album, “Summer Side of Life” is my favorite of his albums. Also released in 1971 (I told you a lot of great stuff came out that year), not only does it have my favorite childhood song, “Cotton Jenny,” it’s chock full of most of my favorite Gordon Lightfoot songs, period. Many of these songs you won’t hear if you limit your collection to “Gord’s Gold.” (Which is a great compilation, and if that’s all you have, well, at least you have some Gordon Lightfoot.)

Listening to this album tonight, for the first time in its entirety in probably 20 years, made me think back on some great childhood memories.

So I’ll leave you with a track you’ve probably not heard, off of “Summer Side of Life.” It was hard to pick just one.