As parents, we try really hard not to mess our kids up, at least not too much. I’ll be wondering for years if our decision to send Zachary to public school was the right one.

Brotherly Love
Back to Diapers 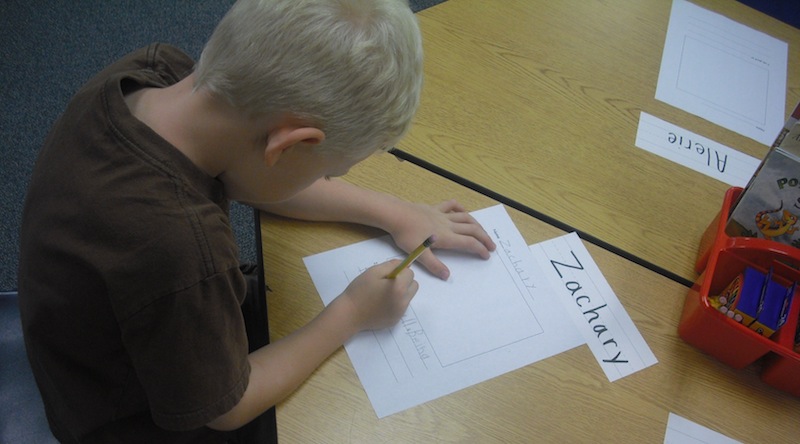 [dropcap3]T[/dropcap3]he main job of a parent is to make sure you prepare your kids to one day survive on their own (mostly), without completely screwing them up in the process (Good luck with that!). This means making a zillion little daily decisions on their behalf, as well as making some pretty big decisions for them, too. We made one of those “big” decisions this year, and decided to take The Goose out of private school and send him to public school. Meaning this morning Zachary started 2nd grade, in a new school.

Chris and I went back and forth, and while money wasn’t the issue (we had a generous benefactor the past two years), we decided we wanted Zachary to attend the school that was just down the street and has earned a great reputation over the past few years, instead of shuttling him 30-40 minutes each way, every day. We also want The Goose to start creating the kind of friendships that span elementary school, middle school, high school, and beyond. He would not be able to do that if we kept him at FLEC–once he hit high school we would either have to move to keep him in a high school with his friends, or we would have to pull him away from all of the friends he’d made over the years. We’d rather pull him away now.

Of course, that’s not to say that we won’t move before he’s out of school–in fact it would be really odd if we were still on Lake Alden for the next 10 years, but you never know. I like my home. 🙂 We also have to consider Jonah. There’s no way to afford FLEC for both of them, when Jonah starts kindergarten in a few years, so he will likely start Apopka, where Zachary is now.

There are a few other, personal reasons, for the switch, but this post isn’t about me. 😀

As for totally screwing Zachary up before he moves out on his own some day, only time will tell. I have plenty of other opportunities to mess him up major decisions to make on his behalf between now and then.